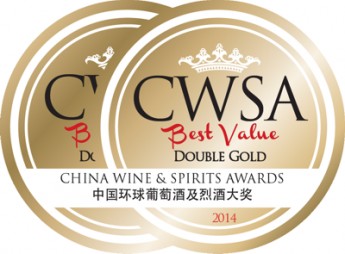 DFJ VINHOS triumphed in the blind tasting alongside the most famous brands in the world including Penfolds, Robert Mondovi, Astoria, Osborne, Wolf Blass, and 4,350 wine and spirits from 35 countries.

‘This news has been a very pleasant surprise and we are thrilled that DFJ VINHOS has made such an impact with the biggest honor in the Hong Kong and China wine and spirits market. CWSA is the biggest and most prestigious wine and spirits competition in Hong Kong and China and the wine industry’s equivalent of the Academy Awards - so this is a huge achievement for us’, revealed JOSÉ NEIVA CORREIA owner and chief winemaker.