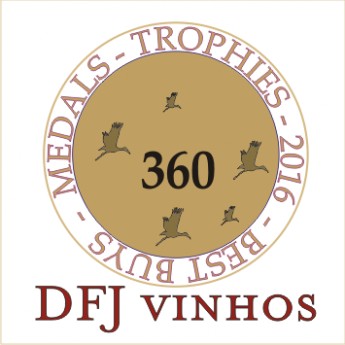 "We are proud because this is a great recognition of the work of our team, always fighting to get the best price and quality in all our wines. Prizes are not a primarily objective, mainly they are a tool for those who work with us to pass the message to their customers of the excellence of our work."

DFJ VINHOS was created in 1998 and controls 400 ha of vineyards, mainly in the Lisboa wine region, exporting more than 95% of its production to 45 countries with a team of 28 people. JOSÉ NEIVA CORREIA it’s the owner and chief-winemaker creating wines since the 1974 harvest. DFJ VINHOS achieved the BRC certification of the quality – highest level.

The national and international recognition it’s a constant and we highlight:

Please download the full list of awards below, to know all about the awards we won until now: