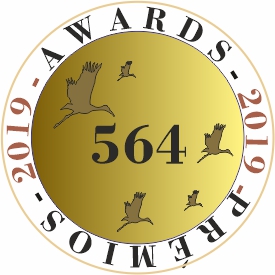 We highlight the following awards in 2019:

“The Eng. José Neiva Correia, owner and chief winemaker of the company, stated that: "We are very proud because it is an excellent recognition of the effort of our working group that every day strives to get the best price and quality in all our wines. They aren’t an end in themselves, but they are a strong recognition of our work, helping those who work with us around the world to get the message to their customers of the excellence of our work."

DFJ VINHOS was created in 1998, has 250 ha of vineyards, mostly in the Lisbon region, exporting more than 99% of its production of 8 million bottles to 50 countries.

Eng. José Neiva Correia is the owner of the company and the chief winemaker, producing wines since 1974.

To see the prizes we won in 2019 visit our website www.dfjvinhos.com by downloading the full list at: