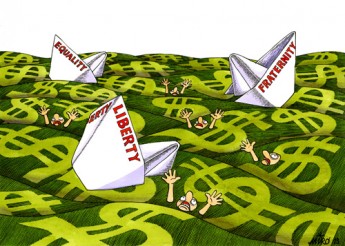 DFJ recognizes in the cartoons an art many times less recognized, but that how many times portrays with an image strong, powerful, our world, and above all the Man with their qualities and weaknesses. Therefore that’s the reason to associate in the 2007 edition of PortoCartoon.

We also aim the image of the Portuguese wine in the exterior to go strong, powerful and more recognized.

This year the Grand Prize winner was MIRO STEFANOVIC from SERBIA with the cartoon "SHIP".

You have now another opportunity to see the cartoons,beginning the August 9th, in the arrivals hall of the airport of Porto, which becomes an extension of the XV PortoCartoon. The best works are there and you could vote in the best.