Three Silver medals in the NYIWC 2012 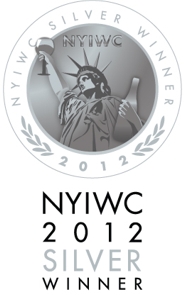 The company received a great recognition in one of the most important world wine markets.

The DFJ Vinhos team was very proud after received in the NEW YORK INTERNATIONAL WINE COMPETITION 2012 the award:

PORTUGAL WINERY OF THE YEAR

DFJ Vinhos team was also very proud as we have received 3 silver medals, and “Silver medals designate the spirit that judges really liked;” in the wines:

The NYIWC will be holding the Winners Circle showcasing the winners from the NYIWC for the Press & Trade on June 18th. The event will be held at the 3 West Club located at 3 West 51st NY, NY from 6-9pm.

DFJ VINHOS and the Importer LUIS GROCERY’S will be present with the 3 silver winners.