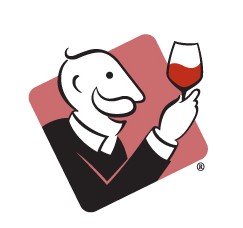 The PORTADA Winemaker's Selection red Lisboa 2011 was selected the # 8th TOP BEST BUY OF THE YEAR 2014 in the American magazine Wine Enthusiast.

Very proud, Mr. José Neiva Correia chief winemaker and owner of DFJ shared with us:
"Our team is proud to once again see his work recognized by Wine Enthusiast, one of the most recognized and prestigious magazines in the world of wine. Since 2006 this is the seventh time that one of our wines are selected to join the exclusive annual list TOP 100 BEST BUYS.
This has been a key investment for the American market but also markets for those who follow what is happening in the USA. Many of our importers, distributors, retailers, sommeliers and consumers follow the Wine Enthusiast Magazine. This award makes us confident in the quality of our work. We expect this wine to offer its consumers as much or more pleasure and happiness as given us to produce it. "
Beyond this trophy DFJ WINES received this year over 29 Best Buys highlighting a wine with a rating of 91 and 90 with four wines.

The Portada red wine it’s a great winner. Here’s the list of the other awards received:

Since 2006 DFJ VINHOS wines were selected 7 times to the listo f the TOP 100 BEST BUYS of the Wine Enthusiast here’s the winners and ratings:

We remember that in 2012 we won the 1st # 100 TOP BEST BUY with VEGA Douro Red 2009 after the Wine Enthusiast experts have tasted nearly 17,000 wines present on the American market. It was the first time a Portuguese wine appeared to lead this list.

So past two years to see again one of our wines integrating the list in the top 10, this leads us to want to share and celebrate with our representatives and friends, always asking and giving ideas to the team DFJ increasingly improve the price / quality ratio of our wines.
Also emphasize how important it has been for DFJ WINES, to our partners and consumers find that today our 147 wines received the BEST BUY from Wine Enthusiast.

Here’s the full list of our 2014 BEST BUYS de 2014 and the appreciation and rating of the editors about each wine:

A dark colored, dense wine that is rich and firmly structured. Aged in wood, it hold flavors of plum and berry fruits balanced with a fresh acidity. This is a wine for aging, its structure a powerful statement. Drink from 2014 – R.V.; Published 4/1/2014

This pure Shiraz gives a wonderfully perfumed wine that is both spicy and packed with dark, dense fruits. Blackberries are supported by soft tannins and a touch of caramel from wood aging. It’s solid, firm while also fruity and should age. Drink from 2016.
— R. V. (8/1/2014)

A wood-aged blend of Chardonnay and Arinto, this is ripe and richly endowed with both fruit and toasty flavors. It’s a sophisticated wine, with rich Chardonnay-given lift and a green-fruit character from Arinto. It’s wine that can age, but is ready to drink now and until 2020. — R.V. (4/1/2014)

This is a powerful, solid wine from selected fruit that brings out ripe black currant flavors and a dense structure. The ripe Cabernet Sauvignon has plenty of acidity to give a juicy edge to the dry tannins and rich texture. Spice comes from wood aging. It needs to age, so drink from 2016. — R.V. (8/1/2014)

Rich, spicy and deliciously fruity, it has tannins well cushioned by the ample blackberry flavors. Acidity preserves the wine’s easy freshness, while it also has a dense texture. Drink now, but the wine will be richer in late 2014. — R.V. (8/1/2014)

Firm and structured, it has acidity allied to ripe black currant and berry fruits. With solid tannins in the background it needs time to soften. Drink from 2016. — R.V. (8/1/2014)

Almost black in color, this densely tannic wine is granular, dusty and mineral in character. The berry fruits shoulder the weight of the tannins easily, giving a ripe wine that will need until 2016 to develop fully — R.V. (8/1/2014)

This structured, dense and smoky wine features dry tannins and a mineral texture. It has blackberry fruitiness to go with this scaffolding, so it will develop well to give a ripe, full, rich wine. Wait until 2015. — R.V. (8/1/2014)

Rich and bold, it’s a blend of Cabernet Sauvignon and Tinta Roriz, both giving a floral character as well as some concentrated tannins. The dry structure and the intense acidity at the end suggest some aging. Drink from 2015. — R.V. (8/1/2014)

This full-bodied wine is rich with tropical fruit as well as a more citrus character. It’s ripe, packed with apples, apricots and then cut with acidity. There is a cool, fresh aftertaste. — R.V. (8/1/2014)

The Chardonnay and Alvarinho complement each other well, the one bringing a rounded texture, the other adding a fresh and mineral character. Together, they produce a refreshing, ripe wine that has attractive citrus and yellow fruits. Drink from 2015. — R.V. (8/1/2014)

Alvarinho and Chardonnay are the chosen grapes for this blend. As its name suggests, a salty taste from the ocean spices up the ripe yellow and green plum fruits. It’s soft with a fine balance of acidity and a soft honey touch at the end. — R.V. (8/1/2014)

DFJ is one of a few producers who grow Caladoc, which is here blended with Tinta Roriz. A cross between Grenache and Malbec, it gives a dark colored, structured wine that is shown well here. Berry fruits come through the texture strongly, giving a rich character and plenty of final acidity. Drink now. — R.V. (8/1/2014)

DFJ’s venture into the Alentejo has produced a full-bodied wine packed with ripe plums and berry fruits. Tannins are rich, integrated into the fruits. A touch of earthiness needs to blow off before the wine is ready to drink in 2015. — R.V. (8/1/2014)

A solid wine, with swathes of juicy blackberry fruits and some firm, stalky tannins. The fruit gives the wine its character, with a texture that supports a dry core and final acidity. Drink now–2018. — R.V. (4/1/2014)

Smooth and light, it’s all about fruitiness, crisp apples and a squeeze of lemon juice that perks up the soft texture. It’s fresh and ready to drink. — R.V. (8/1/2014)

Light and fruity, this is an immediately attractive, fragrant, off-dry wine. With its red berry flavors, it tastes warm and inviting. The touch of acidity reinforces the bright drinkability. — R.V. (8/1/2014)

In a reference to the storks who build nests in the chimneys of the Eiffel-designed DFJ winery, Storks Landing shows bright acidity, layers of citrus plus a touch of more exotic pineapple. A blend of Fernão Pires and Chardonnay, it’s fresh and light in the mouth, mineral and crisp at the end. — R.V. (8/1/2014)

Coming from the cool climate of the Lisbon vineyards, this is a fresh and fruity wine. Some Touriga Nacional perfumes emerge from the soft tannins and final acidity. It’s an attractive wine to drink now. — R.V. (8/1/2014)

A soft, lemon-fruited wine that is attractive to drink now. It has warm acidity and ripe, full fruitiness. A lively fresh character gives the wine a great lift. — R.V. (4/1/2014)

Bigode, meaning the mustache, is fruity, fresh and light in texture. The juicy character needs another few months to integrate fully with the berry fruits. Spice adds interest. It will be better by the end of 2014. — R.V. (8/1/2014)

A perfumed wine that is soft and fruity. It has a fresh, tangy character that makes it very refreshing and crisp.Think of this as an apéritif rosé, bright and light. — R.V. (8/1/2014)

Soft and fruity, this is a smooth and polished wine. Soft tannins give just enough structure for the berry fruits to shine. With its acidity and fresh aftertaste, it’s ready to drink. — R.V. (8/1/2014)

Green plums and ripe apples bring out the best in Arinto’s range of flavors. This is a soft wine, with light acidity that’s well integrated into the rich fruitiness. Drink now. — R.V. (10/1/2014)

This blend of Shiraz and Castelão is in a soft and ripe rosé style. There is just a touch of tannin from the Shiraz to give weight. The aftertaste is lightly sweet. — R.V. (10/1/2014)

A smoky wine with black currant flavors that bring together spice and fruitiness. The wine has a light touch, licorice and stalky tannins ending with attractive juiciness. It is ready to drink. — R.V. (4/1/2014)

Not just named on a whim, some of the proceeds for the sale of this wine goes to protecting Asian elephants. Designed to pair with spicy food, this is a soft, very fruity wine. It is dry and spicy itself with just enough acidity to keep it fresh. — R.V. (8/1/2014)

An attractively fruity wine that’s easy to drink and fresh. Lemon and apples give a crisp edge, followed by a zesty, fragrant character. Drink this light wine now. — R.V. (8/1/2014)