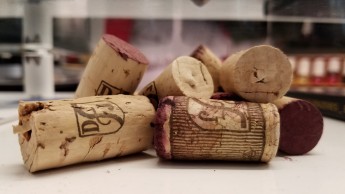 Rigorous and dedicated to research, José Neiva Correia developed and patented the first effective method of disinfecting cork stoppers using ozone (which he eventually sold to the Amorim Group) and which contributes to the reduction of the infamous TCA (the compound Trichloroanisole that causes the so-called “cork taint”), the biggest enemy of winemakers.