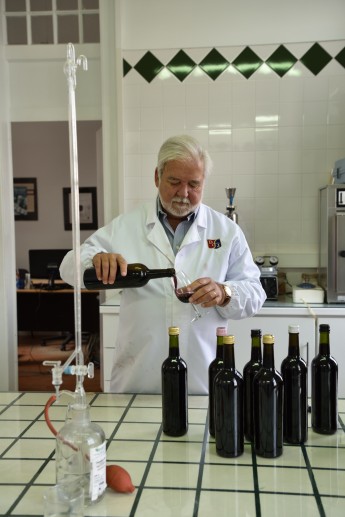 An agricultural technical engineer by training, José Neiva Correia began as an intern at the National Center for Wine Studies in Dois Portos, later carrying out further training in Bordeaux, France, and in Germany in Gesenheim.

He started working in Cooperative Wineries 35 years ago, invited by Eng.º Octávio Pato, the top Portuguese winemaker in the 60s, 70s and 80s.

He was responsible for almost 10% of the total production of Portugal during the 1980s and part of the 1990s.

In the 1980s, José Neiva established his own laboratory for the analysis of wines, plants, land and irrigation water, which allowed him to deepen his knowledge of wine and vines.